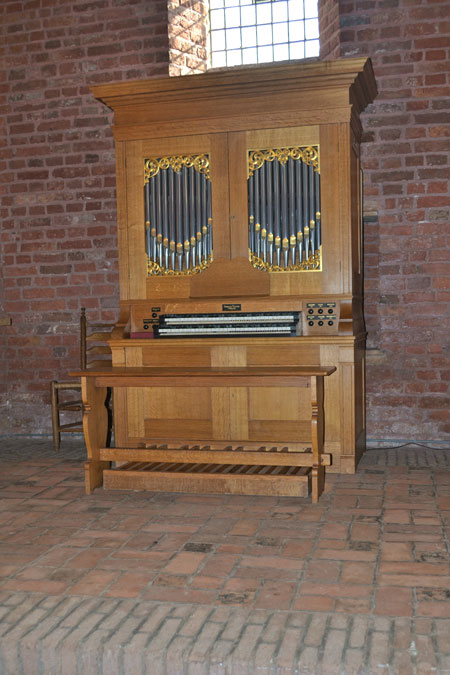 In the quire, under the East window with its cross, stands the house organ built by the Van Vulpen in 1992 in response to a commission from food/coffee giants Sara Lee-Douwe Egberts. In 1992, Jelle Zijlstra (1918-2001, among other things Minister for Finance and Economic Affairs as well as President of the Dutch Bank) resigned as a director of Sara Lee-Douwe Egberts, receiving this organ as a retirement present; Zijlstra was a keen amateur organist.

Mrs H. Zijlstra-Bloksma donated the organ to the Music in Anloo Foundation in 2003 under the condition that it must remain permanently in the church. The foundation enlarged the organ by a single stop, a regaal.

The organ was dedicated during a festive event on 3 April, 2004.

During the services, organist Doewe Kraster makes use of all three organs. All three instruments are also heard during the annual organ concerts.