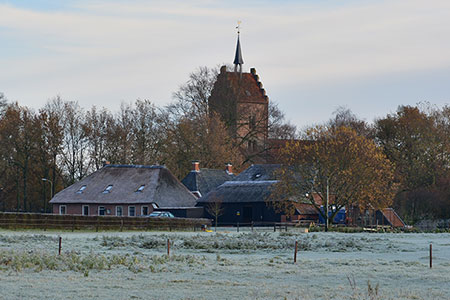 The Gospel has been preached in the place where the Magnuskerk now stands since the ninth century. Excavations carried out by Prof Dr A.E. van Giffen have indicated that the present nave had a number of wooden predecessors, probably built in the 9th and 10th centuries. In the Middle Ages, Anloo was the main town of the Oostermoer municipal area. The church in Anloo was the mother church of Oostermoer, which stretched from Zuidlaren to Borger, and is dedicated to Magnus, Bishop of Trani (Italy). Magnus, whose feast day is the 19th of August, became a Saint following his martyrdom. Up until the Reformation, which took hold in the province of Drenthe in 1598, the church in Anloo was Roman Catholic. 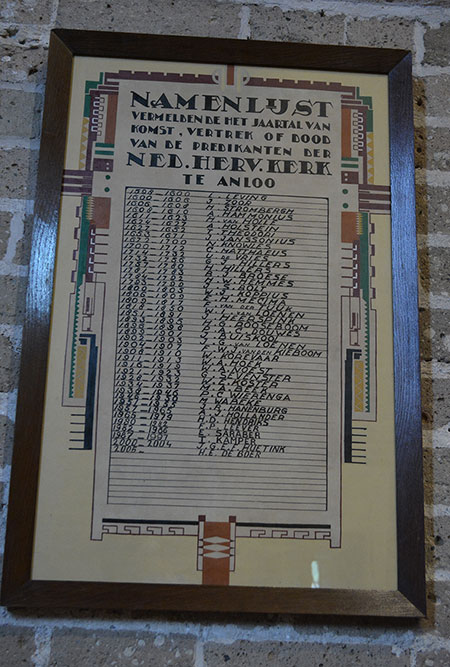 The first reformed preacher was Lambertus Leving, a converted priest. Leving, however, did not last long. Having indicated on the 10th of May, 1598, his willingness to retrain as a reformed preacher, he later retracted his statement on the 12th of August of the same year.

Because the church building was made of stone and offered space for larger groups of people to assemble, the law court also sat there during the Middle Ages. The Drenthe High Court was known in earlier times as the ‘Etstoel’, and met three times per year; twice in Rolde and once in the church in Anloo, on the feast day of St Magnus. Since 1987, the meeting of the ‘Etstoel’ has been re-enacted on the third Saturday of August.