On the 23rd of March, 1942, Prof Van Giffem discovered a crypt under the floor of the quire. This cellar has its entrance directly under the triumphal arch via a stone staircase but has been sealed up. Alkema, who directed the restoration, made a small opening and discovered that the crypt was filled with rubble from the restoration of the quire. Alkema also discovered three skulls, two belonging to adults and one smaller one.

Army Captain Alberda, his wife Johanna Agnis van Dongen and their son Johannes are known to have been buried in the crypt.

In addition, Alkema discovered a second floor, made of mud, around 80cm under the existing floor. On this second floor lies a thick layer of tuff stone. (Perhaps the stonemasons sat here working during the church's construction). 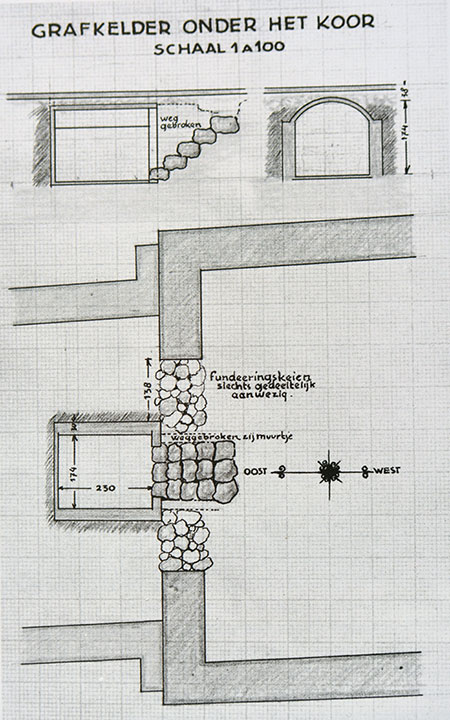